Malignant melanoma (MM) is less common than non-melanoma skin cancers, but it is one of the most dangerous forms of skin cancer. It can develop from existing mole, but it more often appears as a new mole on the skin. The highest reported rates of melanoma in the world are in Australia and New Zealand. In New Zealand, the most common site in men is the back (around 40% of melanomas in men), and the most common site in women is the leg (around 35% of melanomas in women).

If melanoma is recognized and treated early, it is almost always curable, but if it is not, the cancer can advance and spread to other parts of the body, where it becomes hard to treat and can be fatal. 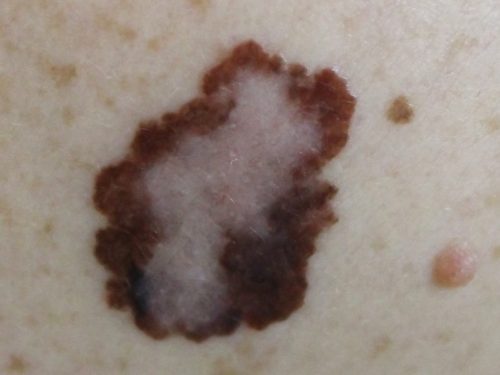 Any plastic surgery procedure is a very personal choice and understandably there are a number of questions that arise. This information sheet is a general guide for patients considering malignant melanoma treatment under the care of Dr Mackenzie. It should provide the answers to some questions that you may have.

What is malignant melanoma?

Melanoma is a malignant tumour of melanocytes. Melanocytes are cells that produce the dark pigment, melanin, which is responsible for the color of skin. Melanoma is described as:

What are the risk factors for malignant melanoma?

The main risks factors for developing MM are:

Who is more likely to develop MM?

The following groups of people are at greater risk of developing the MM: